“You have handphone in China?!”

A few years back, when I first came to Singapore, many Singapornean considered the whole China a big farm. They did not believe that many Chinese people were using the same model of cell phone as they were using.

But recently, as the media are flooding with news about China’s economic boom, their impression of China has swung to another end.

On the photographs of the local news paper, the financial center of Shanghai looks more “future” than that of Singapore.

All right, here are some photos, taken by Maohaier（毛孩儿）, show another side of China, which may help people better understand China. 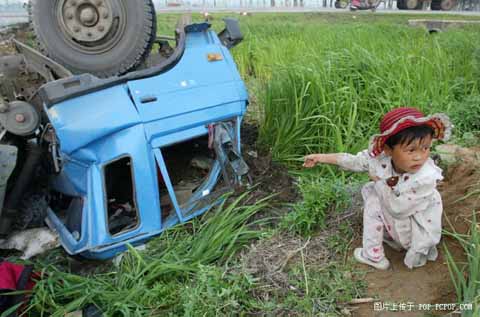 “Mom, there’s still someone inside the car!” 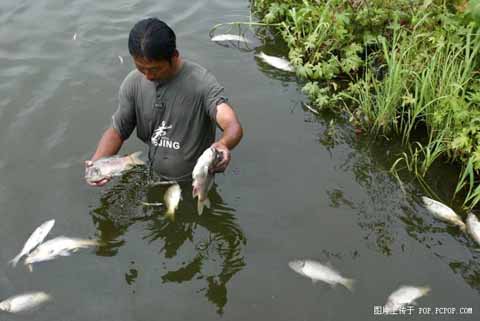 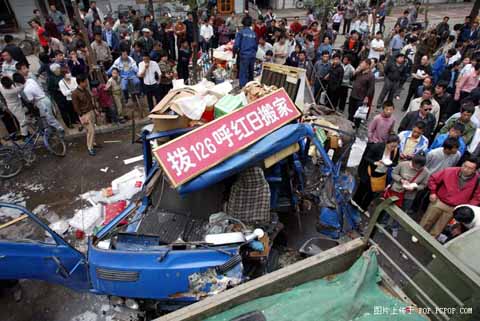 Car accidents occur often, but it is rare to see one of this magnitude in which the driver was only slightly injured.

The English description the above photos are from EastSouthWestNorth.

EastSouthWestNorth has a very good article introducing the Shenyang’s photojournalist Maohaier（毛孩儿）. You will find many more interesting Maohaier’s photos in that article.

Followings are two photos from Jason Lee, a REUTERS photojournalist. 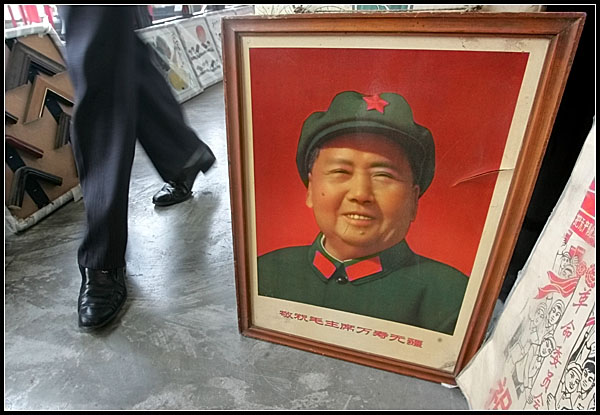 A man walks past a portrait of the late chairman Mao Zedong, on sale at a flea market in Beijing May 16, 2006. Tuesday marks the anniversary of the start of the Cultural Revolution, but the date will pass quietly in China, not for lack of interest or sentiment, but because the party, obsessed with stability, has issued a blanket ban on the subject. REUTERS/Jason Lee 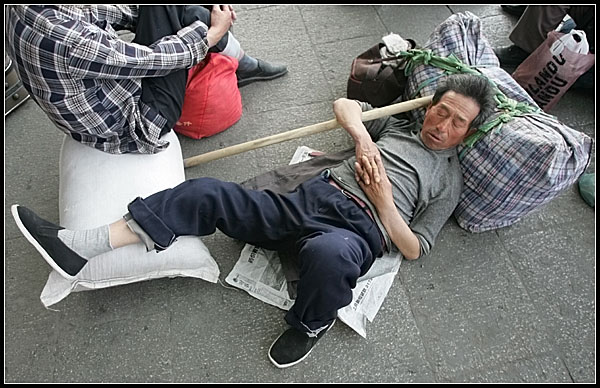 A migrant worker sleeps at the Beijing West Railway Station May 16, 2006. A Chinese think-tank has called for higher minimum wages to halt the emergence of a new urban underclass, official media reported on Tuesday. REUTERS/Jason Lee

And the following two photos are from CAPTURE CITY, a blog of another China’s photojournalist. These photos are taken in LiaoCheng（聊城）, a city in Shandong Province. 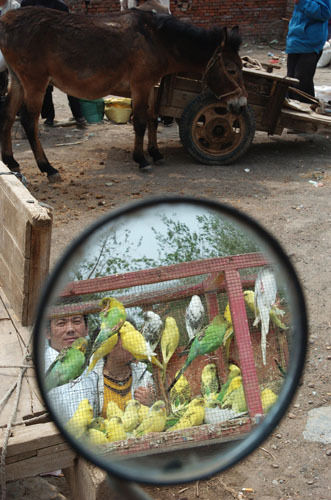 nanPhoto is another famous blog from a photojournalist. You can find many interesting photos in its photo gallery.

The followings are some stylish photos from Xpview

From these photos, you can see China, a country of change, in different angles.